As he rounds the corner of West 208th Street and Ninth Avenue with two green fishing nets over his shoulder, James Cataldi says: “You go first. They’ll flock toward me if they see me.”

Inwood’s North Cove, tucked behind subway yards near Manhattan’s northeastern tip, is a place of refuge for hundreds of birds. It is also where Mr. Cataldi, 53, a licensed wildlife rehabilitator and former computer programmer, spends most of his time.

Mr. Cataldi says that before he stumbled upon it, this wedge of waterfront was a dumping ground and a “heroin shantytown.” In a year and a half, he has single-handedly removed hundreds of pounds of garbage, including car windshields and syringes. But “it will take years of continuous work,” he says, to remove completely the garbage still festering under the topsoil.

Now that the weather is warming, many of the cove’s feathered residents, including ducks, kestrels and Canada geese, have headed north. So Mr. Cataldi is focusing on starting his own organization, the Manhattan Wetlands and Wildlife Association, to recruit volunteers and donations to the North Cove cleanup cause.

A rehabilitator’s charge is to aid injured or displaced wild animals, and Mr. Cataldi now makes it his daily mission. “TheBirdman of Inwood,” as many in the neighborhood call him, learned his skills by saving — and losing — lives at the North Cove and by volunteering with the Wild Bird Fund, a nonprofit group that treats wounded birds in New York City.

The fund is currently negotiating a lease on a building they hope will become the city’s only rehabilitation and education center, complete with a treatment area for waterfowl. In all of New York City, there are only about 30 active wildlife rehabilitators for millions of birds and more than 300 species.

The city currently lacks a wildlife rehabilitation center, said Rita McMahon, a rehabilitator who helps run the fund, “and the Wild Bird Fund is changing that.”

To obtain a wildlife rehabilitation license one must file an application with the New York Department of Environmental Conservation and two letters of recommendation, be interviewed and post a passing score on the 100 multiple choice questions of the wildlife rehabilitator exam.

It also takes a special kind of person. “I was a Wall Street guy. I was heavily into math,” Mr. Cataldi said. “But this is my calling.” 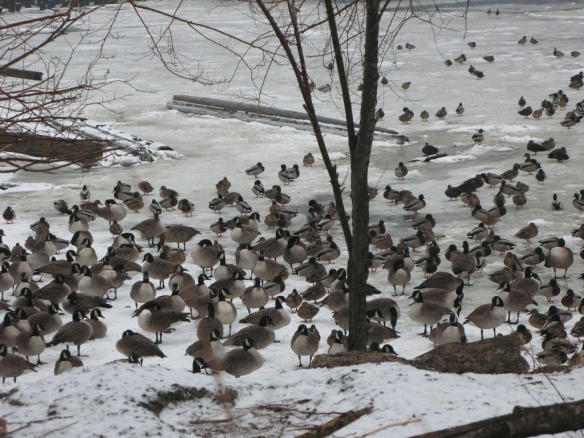